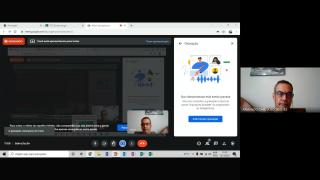 Chicken is a food matrix highly produced and consumed worldwide, which ends up resulting in the generation of a large volume of by-products and wastes. These materials are rich in organic compounds such as proteins and lipids which make them perishable, thus requiring correct treatment and disposal. Currently, the main use of chicken wastes is the obtaining of flours for application in animal feed and composting. Therefore, some studies have shown that these wastes can be explored as substrate to produce molecules with high added value by fermentation processes. Thus, the objective of this work was to use chicken viscera flour as substrate for the production of α-amylase by Aspergillus oryzae IOC 3999 under solid state fermentation (SSF). A Central Composite Rotatable Design (CCRD) was used to verify the effects of three independent variables: moisture (from 40 to 70% w:w); incubation temperature (from 25 to 35 °C); and amount of inoculum (from 10^6 to 10^8 spores/g) during 24 and 48 h fermentation. Although non-significant effects (p > 0.10) of the variables on the response were verified, the different assays from the CCRD showed that the studied factors resulted in great variation of enzyme production depending on the combinations made between them. At 24 h fermentation, the α-amylase production ranged from 32.95 to 77.54 U/g, while at 48 h fermentation, these values ranged from 335.15 to 772.92 U/g. The maximal α-amylase production (772.92 U/g) were detected under the following conditions: 30 °C as incubation temperature, 55% (w:w) as initial moisture and an inoculum of 10^8 spores/g. In conclusion, the results obtained showed that chicken viscera flour can be applied as an excellent substrate for α-amylase production by SSF, thus allowing the destination of this material in biotechnological processes to obtain enzymes for industrial use.