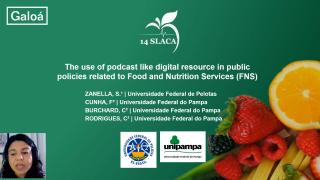 Abstract: Active use-by date (AUBD) or freshness indicators hold great potential to reduce food waste. AUBD indicator is capable of discriminating between fresh, spoiling and spoiled milk. The sensors undergoes characteristic changes in their chemical structure, causing abrupt color changes, in response to lactic acid, an indicator of microbial spoilage of milk. The sensors were characterized by scanning electron microscopy (SEM), Fourier transform infrared spectroscopy (FT-IR), thermogravimetric (TGA) and colorimetric analyses using digital analysis, also called "Chromatic Changes in Red (CCR)”. The CCR values of AC sensors started at 18,1320 at pH 4.5, with a maximum point of 17,3440,148 at pH 5.5, which decreased slightly to 13,1640,054 at pH 6.8. For the AA sensor, the CCR values started at 33,1541 at pH 4.5, 23,5569 at pH 5.5, which decreased stronghly to 4,5698 at pH 6.8. Moreover, in the AA films it was not possible to detect the presence of anthocyanins, reported in AC films, analyzed by SEM suggesting the successful incorporation of the extract. The results of the FT-IR analysis confirmed the immobilization of the anthocyanin extract in the matrix of the polymeric indicator, with no significant effect on the chemical and supermolecular structure of the samples. Thermogravimetric analysis suggested that the sensors were stable at tempetures below 95°C. Among the polymeric materials studied, the AA sensor was is the most suitable as solid support due to its capability to maintain the anthocyanin’s color-change properties high colorimetric performance. Thus, the active use-by, proposed in this study, highlights due to be easily applied than traditional tools. Besides, the color changes caused by these systems can be simply quantified through smartphone applications by the entire population, providing a mechanism to detect the real conditions of the food quality, reducing the food waste.