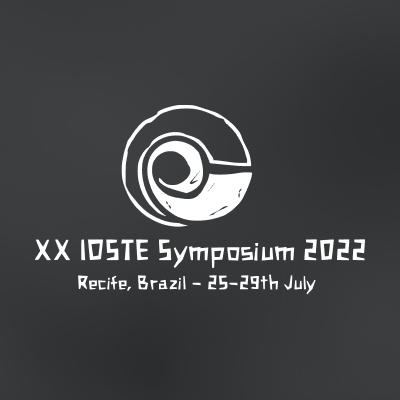 Esperançar in uncertain times: the role of science and technology education in a changing world

Exactly 20 years ago, in 2002, the IOSTE International Symposium was held for the first time in Latin America, and also for the first time in Brazil, themed “Rethinking Science and Technology Education to Meet the Demands of Future Generations in a Changing World”. More than 500 educators from all over the world gathered in the city of Foz do Iguaçu to discuss the event's theme and various aspects of Science Education. The world imagined in 2002 as that one of future generations has become the world we are living in today. Twenty years after that imagined world in 2002, the 2022 event's theme mentions, once again, a changing world. Were the changes the IOSTE community faced twenty years ago still the changes we are dealing with today?

The year of 2020 brought a disruption that drastically altered the routine of billions of people around the world. The COVID-19 pandemic has exposed problems that existed before and that have been aggravated in the current circumstances. It has become paramount to talk about contemporaneity and consider the decisive role of the pandemic in recent years in themes such as the profound inequalities (economic, social, gender and race) that plague the world. Adding to it, there are previous and no less urgent discussions about the contradictions of the so-called Anthropocene, and the epistemological and ontological challenges associated with a system in deep crisis. This crisis seems to point to the scenario of changes and urgency in which we live, with the feeling that we are running out of time in relation to climate and social emergencies on the planet. It suggests that the changes and uncertainties that the theme of IOSTE 2022 refers to are of a very different nature from the world’s 20 years ago.

As it is a time of emergencies and crises, it also presents itself as a time of struggle. In such a context, we witness the emergence of social movements, an intensification of political and environmental activism, and agendas aimed at equity gained strength in discussions held around the world. In the Andean countries, the Mapuche (Wenufoye) and Whippala flags have brought, along with their struggles, a time of hope and resistance to other peoples around the world and peoples who join their struggles in their territory.

Against this backdrop, we present the theme of the symposium: "Esperançar in uncertain times: the role of science and technology education in a changing world." The term esperançar is a neologism in Portuguese, created based on Freire's thought, derived from “esperança” (hope) and “esperar” (wait). According to Freire, “Hope (esperança) [...] does not consist in crossing one's arms and waiting. As long as I fight, I am moved by hope; and if I fight with hope, then I can wait” (Freire, 2005, p. 92).

It is therefore a verb that translates hope into action - esperançar. By proposing this theme, we intend to encourage the IOSTE community to think about possible collective futures, considering that education never occurs in a political vacuum, as Freire teaches us. We want to involve teachers of basic and higher education and the entire community of researchers in science and technology education in debates involving critical and post-critical pedagogies, social movements, decolonial perspectives, as a source of hope and resistance in science education. May this act of esperançar for reality through knowledge in science and technology and the ancestral knowledge of all peoples on Earth, serve as a support for us to think and act on the problems that affect the world.