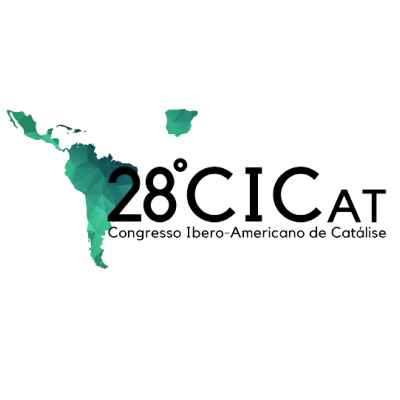 The organizing committee is pleased to invite the Iberoamerican catalytic community to participate in the 28th Iberoamerican Catalysis Congress that will take place from September 18 to 23, 2022. The theme of this event is Catalysis and Knowledge without Borders because in these last years we have been so separated by the pandemic and virtual events, we want to feel closer to each other, to be more and more united, working together, crossing borders and making our Ibero-American community more united..

The 28th Iberoamerican Congress of Catalysis will be entirely virtual and organized by the board of SBCat together with the Federal University of Rio Grande do Norte (UFRN) and its main characteristic is the exchange of experiences, closer contacts and collaborations between researchers, professionals and students, in addition to allowing continuous updating on topics of relevance to catalysis in Iberoamerica.

The Congress will have plenary lectures and keynotes given by nationally and internationally renowned researchers, in addition to technical sessions.

You can participate by watching the event and/or presenting an unpublished work.

There will also be a ceremony for the FISIOCAT Awards: Senior Researcher and Junior Researcher. In addition to a special opening conference commemorating the 25th anniversary of the Brazilian Society of Catalysis..

To our colleagues in the Ibero-American catalysis community, we are very happy to organize and share this event with you.

We look forward to seeing you all, so that the event is a success..