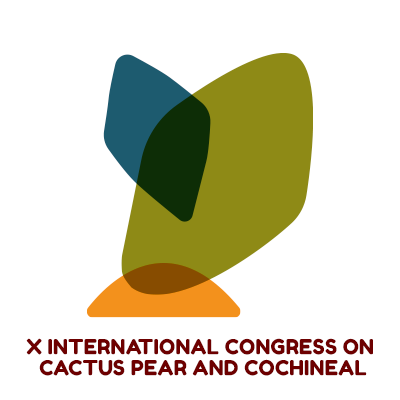 Welcome to the X International Congress on Cactus Pear and Cochineal

Dear colleagues, on behalf of the Paraíba Agriculture and Livestock Federation (FAEPA) and the National Rural Learning Service (SENAR/PB), in partnership with the International Society for Horticultural Science (ISHS) and the FAO-ICARDA International Network for Technical Cooperation on Cactus Pear is pleased to invite you to participate in the X INTERNATIONAL CONGRESS ON CACTUS PEAR AND COCHINEAL, which will be held in João Pessoa, Paraíba, Brazil, from September 26 to 29, 2022.

The Cactus Pear is a cactus native to the arid regions of the American continent, more specifically, Mexico. Today it is found in all the continents of the world, being cultivated for the production of fodder, fruits and food, cosmetics and medicinal products.

The Paraíba Federation of Agriculture and Livestock (FAEPA) organized the VI International Congress on Cactus Pear and Cochineal, held in João Pessoa in 2007. The opportunity to host the X Congress allows us to bring you back to the Brazilian territory, country which is in a prominent position in the production of Cactus Pear as animal feed, generating local economic development through its cultivation, either as fodder or for its fruit, the Tuna. Many things have changed during these 13 years. The Brazilian Society of Cactus Pear and other Cactaceae was founded, as well as the Brazilian Congress of Cactus Pear and other Cactaceae, held every two years. In addition, there was a great expansion of the new varieties of Cactus Pear tolerant to Carmine Cochineal (Dactylopius sp.) throughout the Northeast region, notably in the semi-arid region of Paraiba. In addition, the area planted with Cactus Pear expanded into new areas, such as in the States of Ceará and Bahia, as well as in the North of Minas Gerais.

We propose through the X Congress to share the advances mentioned with the international community, in the stunning city of João Pessoa, capital of the State of Paraíba, a city along the Atlantic Ocean coast, which has the most eastern point of the Americas in its location. It will be a great pleasure to welcome you back to the city and to Brazil.