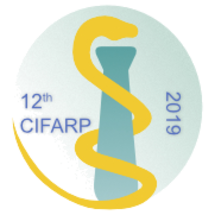 According to the United Nations Office on Drugs and Crime (UNODC)1, in the last decade there has been a diversification of substances available in the drug market. In addition to traditional herbal substances like cannabis, cocaine, and heroin, there is a dynamic expansion of the market for synthetic drugs. Diversification of New Psychoactive Substances (NPS) creates an alternative to controlled substances. More potent drugs are available, and the increasing number of compounds and their combinations pose a higher risk for both repression and use. Sold as “legal highs,” NPS appear on the market quite quickly as they aim to replace similar contents that are considered illegal. Besides the unknown toxic behavior, there is a lack of analytical standards for NPS, which can raise problems related to their identification and characterization. Computational methods can be a handy tool to try to circumvent the lack of information about the structural characteristics of these substances. In the present work, we have used in silico2 methodology to create alternatives to elaborate theoretical benchmarks for identification. The idea was to use theoretical chemistry methods to generate IR, RAMAN, circular dichroism, and NMR spectra of substances such as synthetic cannabinoids, amphetamines, cathinones, and fentanyls. Computational techniques can be great allies to study NPS, considering the regulatory limitations, the costs, and the time-consuming experimental methods. Given the accelerated growth of the emergence of new psychoactive substances, this study showed that the theoretical approaches present significant potential to reproduce experimental measures with high-reliability.