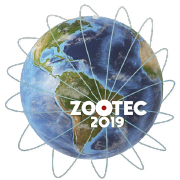 Donkeys used to be one of the main means of transport, cargo and traction. They have lost their role, in the Northeast of Brazil, and as a consequence they are often abandoned, having their welfare compromised. As a way of finding a new role for the species, we evaluated if milk production could be an ethical and sustainable way to improve the status of the donkeys in our contemporary society. We investigated behavioural indicators of stress caused by the two hours of maternal separation of female donkeys from their offspring to allow milk collection. In addition we considered the physico-chemical properties of the milk. Seven lactating female donkeys, and their offspring, housed at the Ximbó Farm, were studied. The statistical tests were performed using R. The results showed that the natural behaviors are maintained during the short-term separation and that there is no evidence of stress stress related behaviours caused by the two hours separation of the females of their offspring.