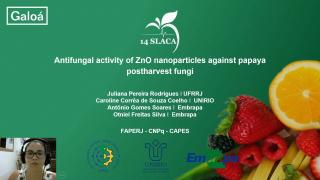 Resumo
The use of prebiotics has an effect on postprandial glucose and insulin concentrations; however, the interaction between the previous profile of the intestinal microbiota and the effect of supplementation with prebiotics is not clear. Our objective was to evaluate the impact of previous intestinal microbiota profile on the postprandial insulin response to yacon syrup - used as a source of fructooligosaccharides, in young women. In this double-blind crossover randomized clinical trial, 40 adult women were allocated to receive a breakfast containing 40 g of yacon syrup (14g FOS, named as intervention A) or a breakfast containing 40g of placebo (named as intervention B). On each intervention day, after 12 hours of fasting, an aliquot of blood was collected for insulin analysis at 0, 15, 30, 45, 60, 90 and 120 minutes. The fecal sample was collected before the beginning of the interventions, and the DNA was extracted and quantified, with subsequent amplification of the 16S region, next-generation sequencing and analysis of sequencing data. The results shows that the glucose and insulin concentrations were reduced after ingestion of yacon syrup compared to placebo, particularly at the 30-min to insulin. After the Receiver Operating Characteristic (ROC) analysis, six volunteers who did not respond to the yacon consumption intervention were identified. The abundance of the phylum Actinobacteria (p=0.021) and the order Bifidobacteriales (p=0.013) were positively associated with the insulin response. Other main phyla were not associated with intervention response. It is concluded that the previous profile of the intestinal microbiota impacts the postprandial insulin response to fructooligosaccharides, mainly in the phylum Actinobacteria and Bifidobacteriales order.