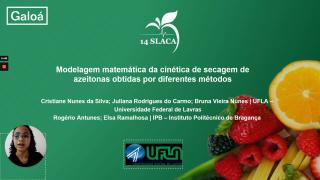 Brazil leads the ranking of world production of oranges and exports of juice. The state of Ceará, the fourth largest producer in the Northeast, has the native variety 'de Russas' orange, cultivated by own-rooted and grafted, considered sweeter than 'Pera' orange, sold only in natura form. The objective of this study was to elaborate whole juice of the clones BRS 'Russas 01' and BRS 'Russas 02' from the orange tree 'de Russas', with organic certification, as an incremental innovation, and to analyse their quality characteristics. The juice was obtained manually, the physicochemical analyses performed were pH, soluble solids, titratable acidity and Ratio. Ascorbic acid stability was evaluated by high performance liquid chromatography with ultraviolet detection during four days of storage at 4 °C, protected from light. Volatile organic compounds were obtained by solid phase microextraction in headspace mode, identified by gas chromatography coupled with mass spectrometry. Data were evaluated using analysis of variance followed by Tukey test at 5% significance. The results confirm acidic juices, with an average content of soluble solids above 10 °Brix, Ratio 7 and ascorbic acid of 25 mg 100.mL-1, in compliance with legislation. The vitamin C concentration was maintained at the end of storage at 79.33% for clone '01' and 86.40% for clone '02'. Eight major peaks were identified in the volatile fraction of clone '01', and 10 peaks in clone '02', mostly monoterpenes, in particular d-Limonene, responsible for the characteristic aroma of citrus fruits and its derivatives. Thus, it is possible to conclude that the clone BRS 'Russas 02' has greater potential to produce of whole juice, contributing to the appreciation of the culture in the region.