ANALOGUES OF ANIMAL PRODUCTS: ANALYSIS OF STRATEGIES USED FOR DESIGNATIONS AND LABELING IN BRAZIL

ANALOGUES OF ANIMAL PRODUCTS: ANALYSIS OF STRATEGIES USED FOR DESIGNATIONS AND LABELING IN BRAZIL 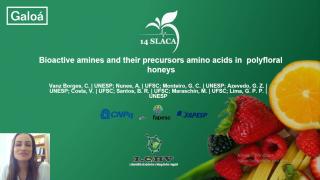 The consumption of vegetarian/vegan products has grown in Brazil and worldwide. In this context, highlight vegetable-based products that mimic the taste, texture, and appearance of animal products. In Brazil, so far, there is no specific legislation related to these analogues of animal products. The objective of this work was to investigate the designations of this kind of products in the Brazilian market, focusing on terms that may mislead the consumers. Samples were collected from supermarkets and internet, from July to September 2020. Products that declared "vegan", "vegetarian", "meat substitutes", "no meat", "plant-based" were included, while those that were originally vegetables and suplements were excluded. The designation were evaluated in relation to four aspects: i) use of the term “vegan”, “vegetarian” or similar; ii) misuses of standardized animal products designations; iii) misspelling of standardized animal products designations, and iv) use of the term “type” or “flavor” associated to the name of the animal products. There have been analyzed 335 samples, being 93 from supermarkets and 242 from websites, corresponding to three categories of analogues: meat (n=154), dairy (n=148) and others (n=33). Among dairy analogues, the most frequent products were beverages (n=75) and cheeses (n=38), considering meat analogues hamburgers (n=66) and “processed meat” (n=29) were the most prevalent. The term vegan and vegetarian was used in 44.5% of the samples, 73.1% evidenced misuse of designation, 8.4% misspellig, and 16.4% had associated terms type or flavor. It was concluded that most of the products used the designations for products of animal origin followed by the word vegetarian and/or vegan, which may mislead or confuse the consumer, reinforcing the need of a regulation for this issue in Brazil.